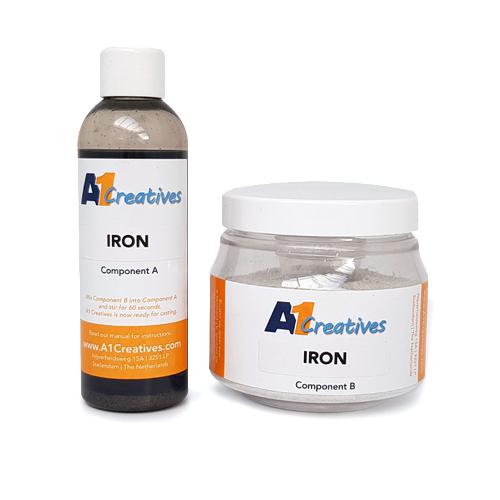 After exposure to water, the Iron powder mixed into the A1Creatives gives beautiful natural and unique rust effects.

On this page we explain how (in 3 different ways) you can achieve these rust effects using A1Creatives Iron, water and some patience. Be surprised by the result and don't forget to experiment further yourself.

The mixing ratio of A1Creatives Iron is 1 part Liquid and 2.5 parts Powder by weight. Make sure all parts are ready before mixing the Liquid and Powder. If necessary, use a scale.

Surprise yourselves by the different results and don't forget to show us your own Mixed Media A1Creatives Iron rust creation. 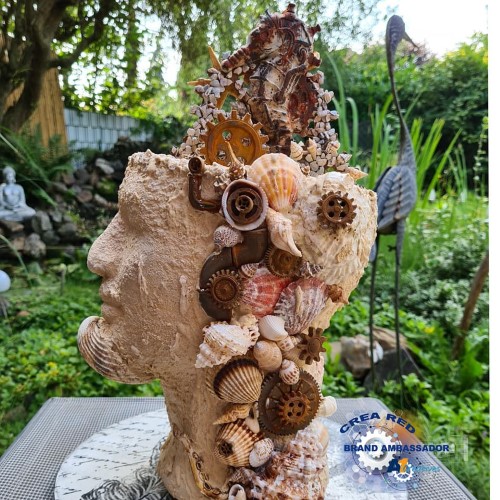 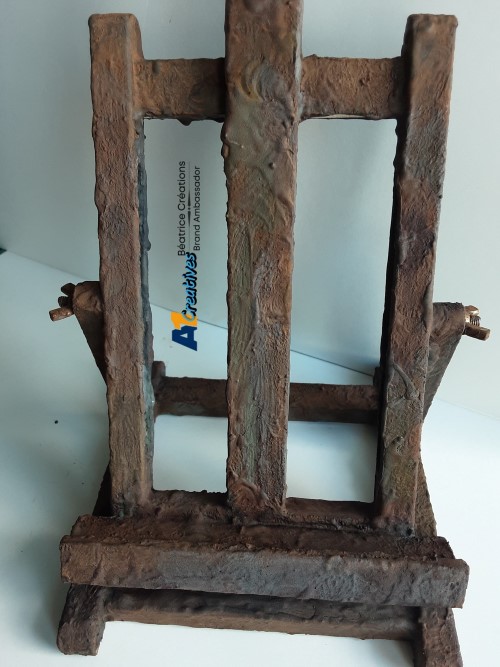 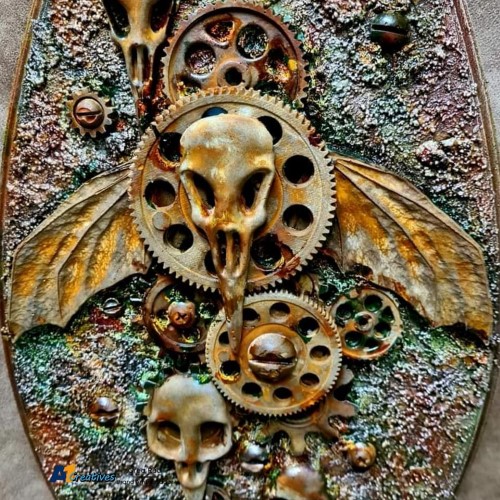 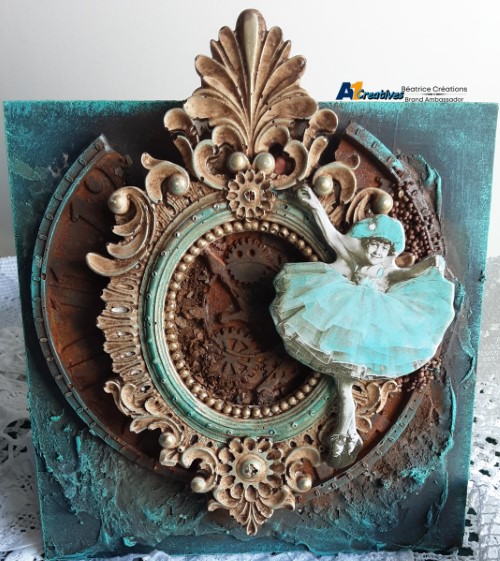 How can we create our own rusted object with A1Creatives Iron?

There are many different types of moulds suitable for casting A1Creatives Iron. We have noticed that these moulds react in a different way to the iron powder, creating different rust effects.

For this test we work with molds from Dadarkar, Finnabair, Stamperia and Zuri because these are frequent used molds for MIxed Media projects. We then use A1Creatives Iron in 3 different ways. Scroll on to see the different steps and the final results. 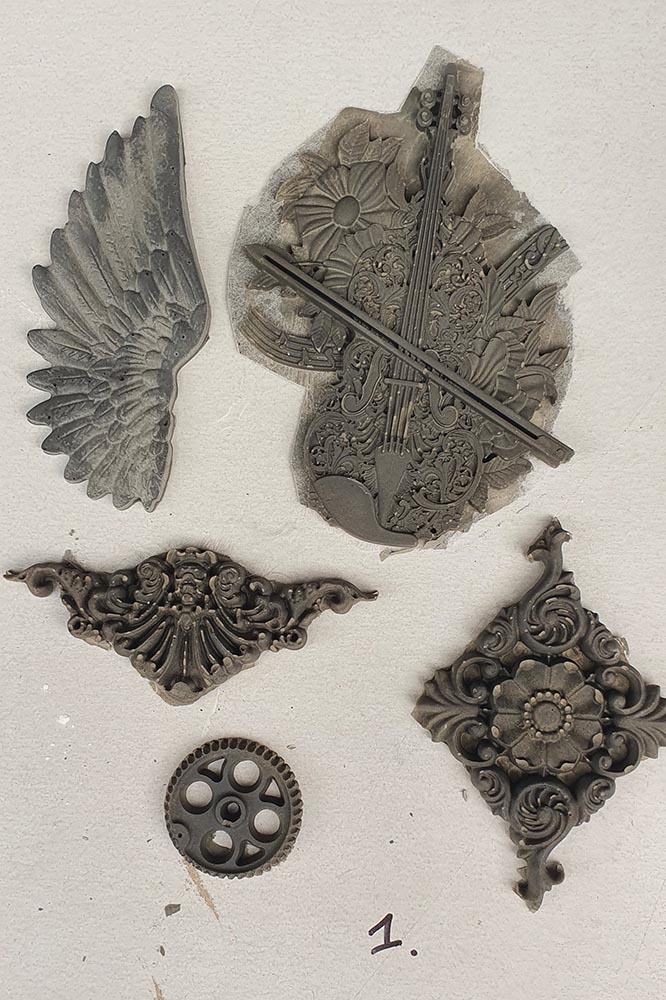 Method 1:
We use the enclosed iron powder jar to apply a thin layer of iron powder into the mould. Then we fill it with our standard A1Creatives Iron.

The iron powder is easy to distribute in silicone moulds. It remains, as it were, "hanging" on the silicone. Stamperia's plastic mould is trickier. Here the iron powder accumulates in the deep parts of the mould.

This difference is also reflected in the prints which are generally quite dark, probably due to the iron powder on the surface. The print of the Stamperia mould stands out because it is light in colour.

Thin layer of iron powder applied in the mould

Iron powder left in the mould after unloading 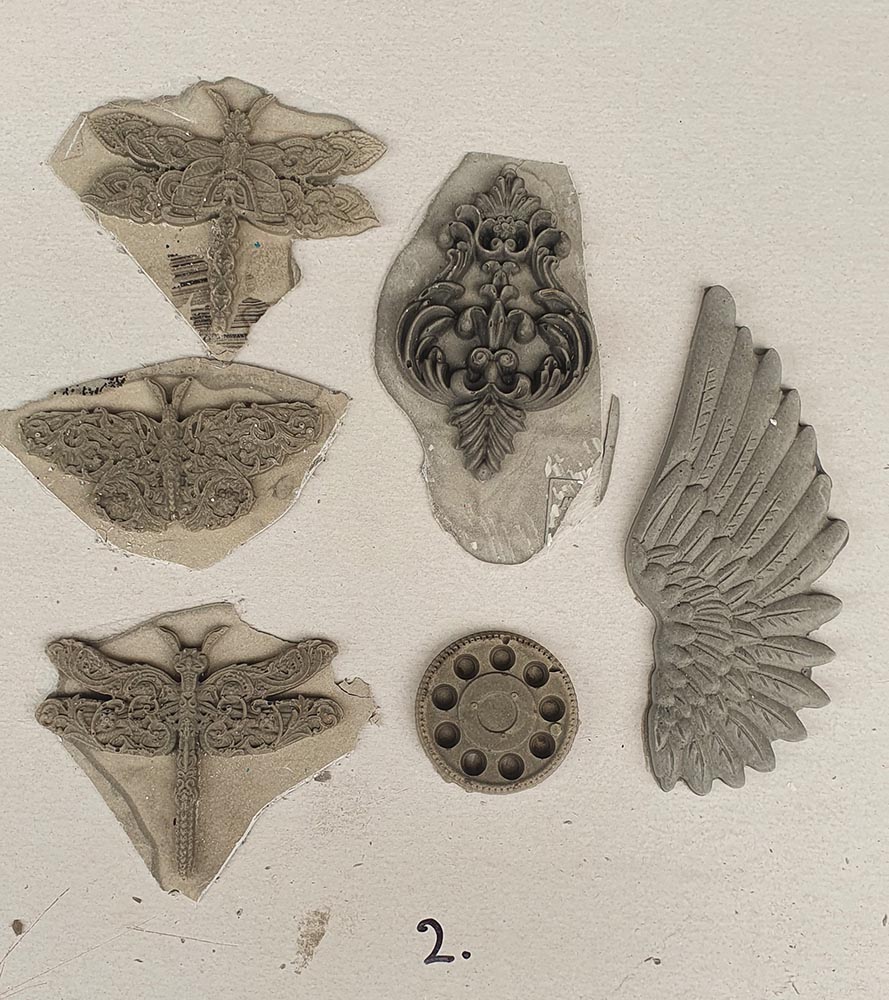 Method 2:
We make it ourselves a little easier on and pour the A1Creatives Iron mixture directly into the mould without first applying a layer of iron powder.

Compared to the first method, it is striking that the A1Creatives Iron objects are lighter in colour after they have been removed from the mould. Especially the Wing from the Stamperia mould has an almost silvery colour.

The details are well taken over as we are used to from A1Creatives. 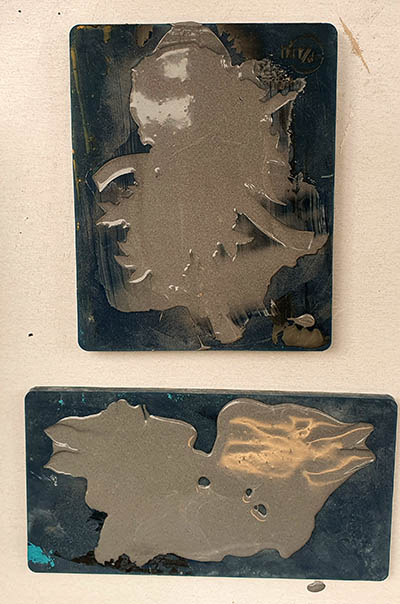 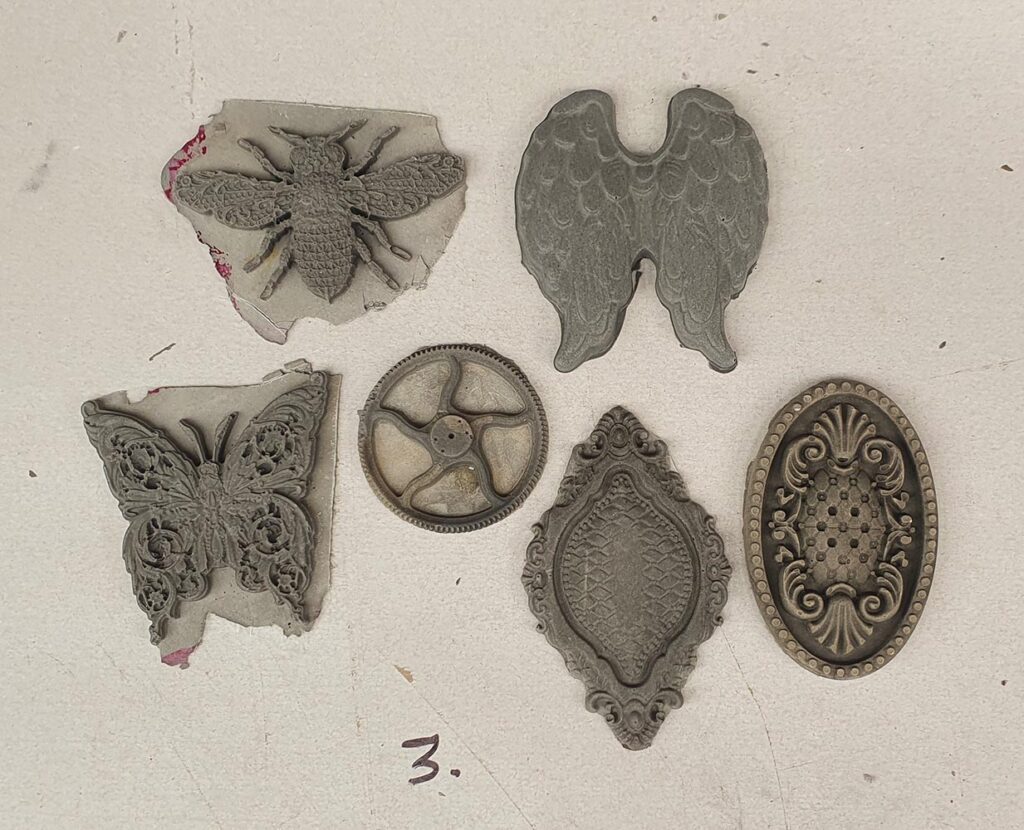 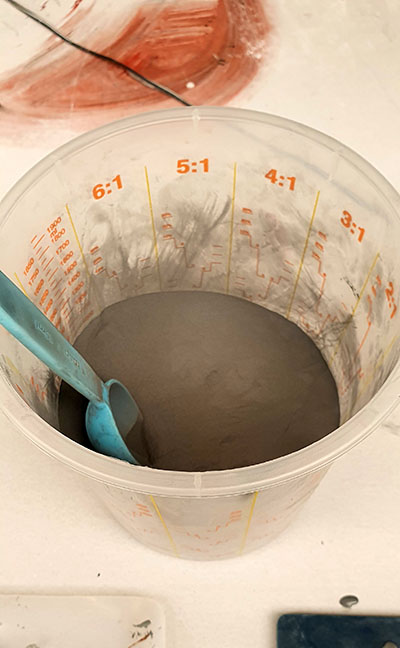 We place all A1Creatives Iron objects we cast under water the same day. In this way the iron in the A1Creatives gets the chance to react with the water and oxidize.

Over the next few days, we will temporarily remove all objects from the water, let them dry for a while and then see which method and mould yield the best result.

Curious… then scroll down quickly.

Step 4: Evaluation of the results

With the Zuri moulds we can clearly see the first method already gives results after the first day and continues to do so far the next three days. After the second day, the 3rd method a beautiful rust effect. The second method clearly needs more time.

After three days underwater, the amount of rust from methods one and two may be a bit too strong.

The Stamperia moulds are made of (hard) plastic and this makes the mould a bit stiffer, making the A1 more difficult to release after drying. After day 2 we immediately see a nice rust development, whereby Method 2 remains slightly behind. Day 3 and 4 shows a thorough rust development of the objects.